WHAT IS DIXON SISTER CITIES?

WHAT DOES DIXON SISTER CITIES ASSOCIATION DO?

The Dixon Sister Cities Association is a nonprofit diplomacy organization that promotes creating and strengthening partnerships between the City of Dixon and international communities in a effort to increase global cooperation at the municipal level, to promote cultural understanding and to stimulate economic growth and development, trade and tourism. The Association advocates the movement for local community development and volunteer action by motivating and empowering private citizens, municipal officials and businesses to create and conduct long-term programs of mutual interest and benefit.

The Association receives no government funding (including local) and exists solely because of the commitment of private citizens and local businesses through membership and donations to the association.

Currently, Dixon has four sister cities, Dikson, in the Krasnoyarsk Territory in the Russian Federation; Herzberg, in the state of Brandenburg in Germany; Castlebar, in County Mayo in Ireland; and Thika, in the Central Province in Kenya.

Delegations of citizens from Dixon visit our other sister cities, and, likewise, we host delegations of citizens from those sister cities.  By staying with other citizens and participating in their local activities, we all are able to experience diplomacy on an individual level by developing relationships with each other and the communities in which we live.  Many wonderful friendships have resulted from these exchanges, as well as many wonderful experiences.  Join us as we look forward to new adventures! 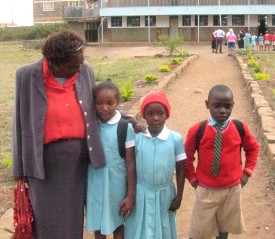 WHO CAN JOIN THIS ASSOCIATION?

Anyone can join the Dixon Sister City Association - from the general public to small businesses and large corporations!

WHAT'S IN IT FOR ME?

For the general public:

For small businesses and corporations:

Tweet
Published in Sister Cities Association
More in this category: Dixon Delegation visit to Kenya September 2008 »
back to top