WHAT IS DIXON SISTER CITIES?

WHAT DOES DIXON SISTER CITIES ASSOCIATION DO?

The Dixon Sister City Association is a nonprofit diplomacy organization that promotes creating and strengthening partnerships between the City of Dixon and international communities in a effort to increase global cooperation at the municipal level, to promote cultural understanding and to stimulate economic growth and development, trade and tourism. The Association advocates the movement for local community development and volunteer action by motivating an empowering private citizens, municipal officials and businesses to create and conduct long-term programs of mutual interest and benefit. 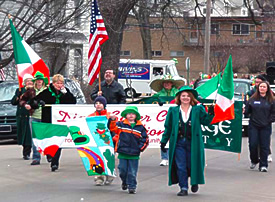 The Association currently receives no government funding (including local) but exists solely because of the commitment of private citizens and local businesses through membership and/or donations to the association.

Dixon established its first sister city with Dikson, Siberia in the late 1980’s. However, due to changes in Russian government, contact with the Dikson delegation has been lost. Currently, Dixon has two sister cities, Herzberg, Germany and Castlebar, Ireland. Three large delegations from Herzberg have visited Dixon, the last in October, 2007 and delegations from Dixon have visited Herzberg three times.

Last August, Dixon Sister Cities Association delegates, along with Mayor Jim Burke, traveled to our newest sister city - Castlebar, Ireland to sign the charter establishing a new sister city relationship. The City of Castlebar, Ireland will be sending a large delegation of citizens and officials to Dixon in May of 2006 to learn about the Dixon way of life.

WHO CAN JOIN THIS ASSOCIATION? 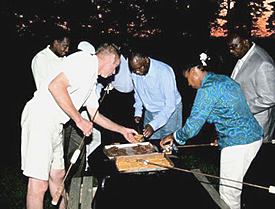 Anyone can join the Dixon Sister City Association - from the general public to small businesses and large corporations!

WHAT'S IN IT FOR ME?

For the general public:

For small businesses and corporations:

WHAT FUTURE ACTIVITIES ARE PLANNED?