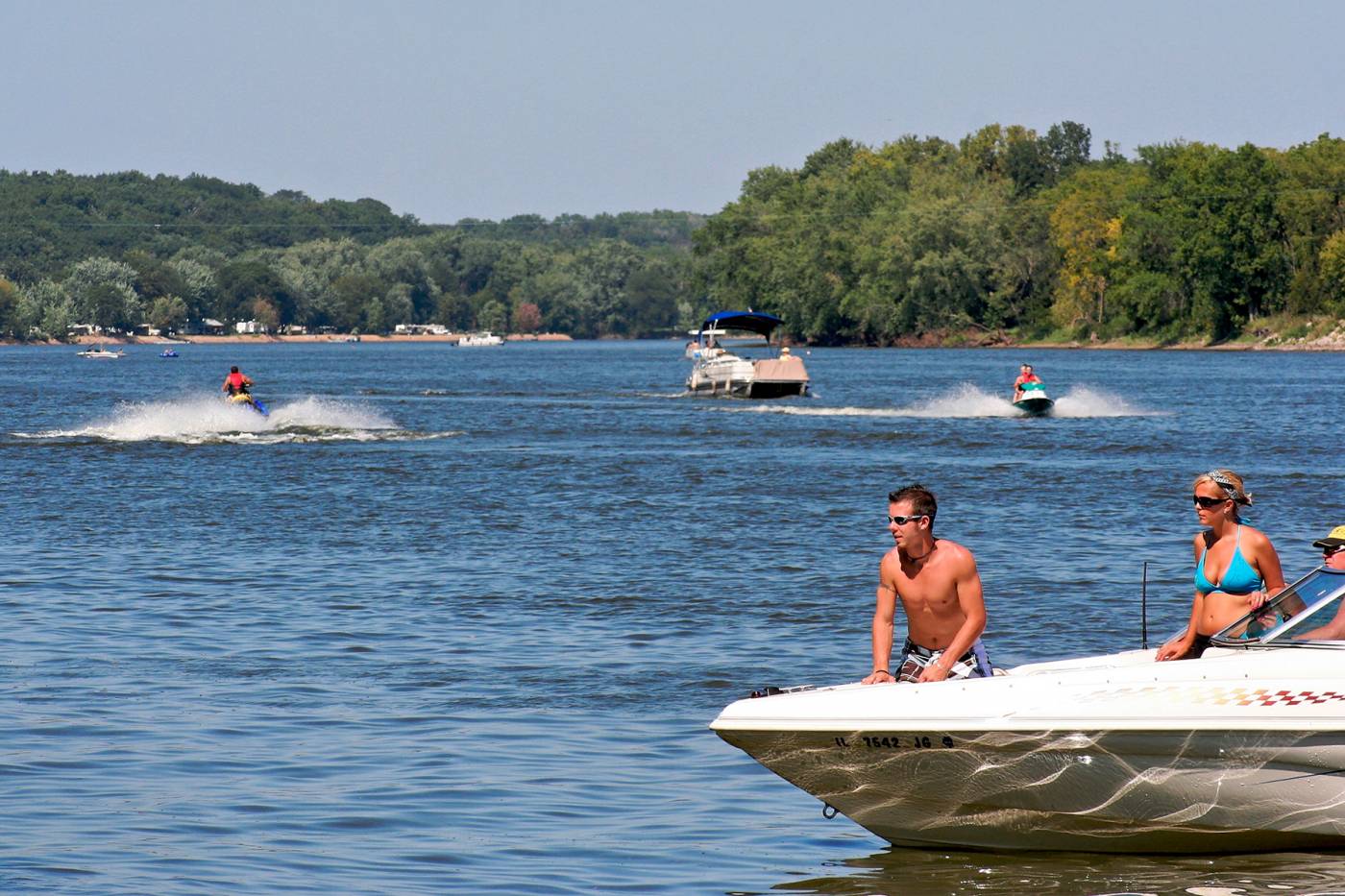 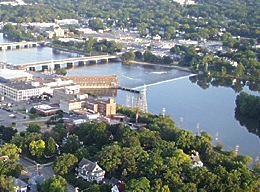 Geologically, the Rock River is older than Lake Michigan. Before the glaciers came to Illinois, the Rock River linked up with the Illinois River east of Princeton. Glaciers buried that section that linked the two great rivers with loose rock, however, water still flows in that underground river today.

The Rock River is a tributary of the Mississippi River, approximately 285 miles (459 km) long, in the states of Wisconsin and Illinois.

It rises in southeast Wisconsin, in the Theresa Marsh near Theresa, Wisconsin in northeast Dodge County, Wisconsin approximately 17 miles south of Fond du Lac, Wisconsin. It flows southwest, through the Horicon National Wildlife Refuge, then meanders southward draining the area of southeast Wisconsin between the Wisconsin River and Lake Michigan. It passes through Watertown, collects the Crawfish River in Jefferson, and receives the Bark River at Fort Atkinson. In northern Rock County it receives the Yahara River, and flows southward through Janesville and Beloit into northern Illinois, where it receives the Pecatonica River 5 miles (8 km) south of the state line.

It flows south through Rockford, then southwest across northwestern Illinois, passing Oregon, Dixon and Rock Falls before joining the Mississippi at Rock Island.

General Information
The Rock River is well situated to provide fishing opportunities for a sizable portion of northern Illinois’ population. Fortunately the river is up to the task, with populations of channel catfish, walleye, northern pike, largemouth and smallmouth bass, sauger, white bass, bluegill, flathead catfish, drum and bullheads. 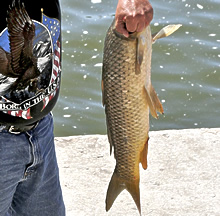 The Rock River rises near West Bend, Wisconsin and flows south 130 miles into Illinois where it takes a southwest course for 155 miles past Rockford, Oregon, Dixon, Sterling(Rock Falls) and Rock Island to empty into the Mississippi.

The river provides an aquatic resource of some 12,400 acres. Dams at Rock Island, Milan, Sterling(Rock Falls), Dixon, Oregon, Rockford, and Rockton cause tailwater and lake habitats in addition to the slough, side channel, main channel, and main channel border habitats naturally occurring.

River Lifestyles…then & now
Generations gone by had utilized the many scenic spots along the river for picnics and recreation. Small steamer boats which carried tourists and visitors to the Assembly Park grounds and entertainment each summer and winter on Van Arnam’s Island have disappeared. Along a huge sand stone cliff you can see names carved into the rock from perhaps young lovers who, many years ago, used the river in their courtship. Areas along the river banks, once saturated with oak, black walnut, willow, wild plum and thornapple trees along with varieties of wild fruit, such as berries and grapes that were in abundance, have given way to modern homes that dot the river banks.

Lowell Park: a Haven of River Activity
Lowell Park is situated along the banks of the river and for a long time, was regarded as the largest city owned park and recreational area in the state. The park was a beehive of activity with beaches for swimming, boating and other activities and often saw thousands of people utilizing the river each day. 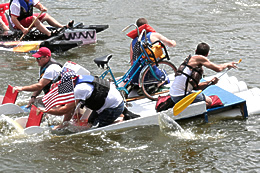 Lowell Park is where President Ronald Reagan worked as a lifeguard in his youth and had saved many lives which that were in peril. Today the beaches are but a memory of things in the past but boating is still enjoyed on the “Mighty Rock.”

But the river, as we know it today, still provides the community with many of the things our forefathers saw in this great area. Dixon and the surrounding area provides us with many parks which border the river and we can still enjoy the scenic changes of the seasons and enjoy fishing and boating. Few people that reside in Dixon and Lee County have probably ever had the opportunity to travel along the Rock River by boat. But those that live along its shorelines can observe the charm and beauty of nature at its best on a daily basis. 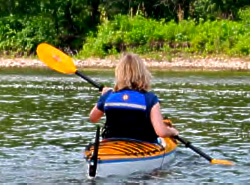 Boating information
Published in Dixon Community
More in this category: « Reagan's Roots
back to top