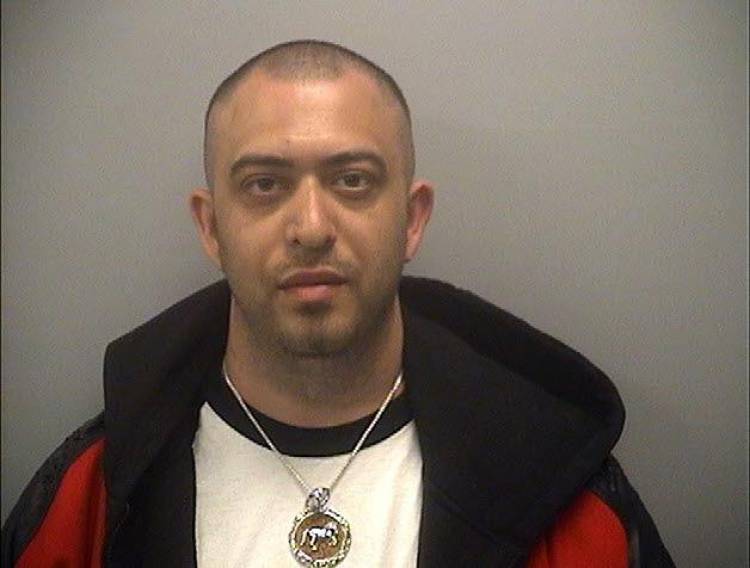 Dixon Police were called to a hostage situation at 805 West 3rd Street in Dixon yesterday morning at 11:34 a.m. The 911 caller reported that a male subject had a female held hostage at knife point. The male subject, who was shot by police after stabbing a man right in front of officers, is Justin Llanas, age 33.

When police arrived at the residence, Llanas was standing on the front porch armed with a large knife and a metal cane. Officers attempted to de-escalate the situation, but Llanas was very upset. While officers were trying to calm Llanas down, a male subject exited the residence and a struggle ensued. Llanas stabbed the male in the stomach right in front of officers. Sergeant Michael Wolfley attempted to use a Taser to stop Llanas but the Taser didn’t work. Officer Leslie Shaw also attempted to use a Taser and the Taser didn’t stop Llanas. After the Taser didn’t work, Detective Andrew Oros and Officer Charles Thomas fired their handguns. Llanas was shot in the abdomen, leg, and wrist. After being shot, officers called for an ambulance for both men and began to administer emergency medical care to Llanas. The incident was captured on a Taser camera and multiple squad car video cameras. All the video footage has been reviewed by Chief Langloss. Llanas did not suffer any life threatening injuries.

Chief Langloss has placed all the officers involved on paid administrative leave. They are expected to return to work early next week. Chief Langloss stated, “I have reviewed all of the video evidence and the video is conclusive. I am completely confident that the Illinois State Police investigation will show the officers’ use of force was appropriate. Mr. Llanas left them with no choice. My officers’ first choice was not to use deadly force. They tried to use their verbal skills first. When that failed, they tried to use a Taser. When the Taser failed to work, they had to save the victim’s life. They couldn’t stand by and watch Mr. Llanas stab this man to death.” Chief Langloss added, “I am very proud of the actions of the officers. They were completely composed and used incredible restraint. We are working closely with the officers and their families to give them the support they need. This is difficult for everyone.”

Chief Langloss is also releasing a portion of the 911 call. The call is redacted at the point where personal identifying information is given.

Any inquiries about the investigation should be made to the Illinois State Police. Chief Langloss has no further detail to release at this time.