Early Saturday morning, City Manager Danny Langloss received notice from the FBI that Rita Crundwell had petitioned the federal court for early release due to COVID-19.  Rita has served 7-years of her 19-year, 7-month sentence.  While highly unlikely to be approved, the formal process for this type of release requires Rita to make this request to her warden at the federal correctional center in Pekin.  If the warden denies the request, Rita can then petition federal court for possible release.

Crundwell was arrested by the FBI in April of 2012 and later convicted of embezzling more than $53 million from the City of Dixon over the past 20 years.  Earlier today, the City of Dixon submitted a formal letter to Warden Frederick Entzel of the Pekin Federal Correctional Institution formally opposing early release for any reason.  A copy of the letter was also shared with the FBI and Rockford federal court system.  The letter can be viewed here

City Councilman Mike Venier said, “Until full restitution is paid to the city of Dixon to the tune of $53 million and her complete prison sentence is fulfilled, I’m not sure there’s any scenario that would be right for Ms.  Crundwell to return to the City of Dixon. We are all still exhaling from the punch in the gut she delivered by defrauding and violating this great community. It is evident through her plea that she still will go to great lengths to get what she wants and that the same criminal mind that schemed up and carried out the greatest municipal larceny in history, is doing just fine. Please do not let her do to the justice system what she did to us.”

Mayor Liandro Arellano said, “Rita Crundwell’s crime against the Dixon community was the largest known municipal fraud in US history.  The damage she did, both financially and psychologically, was unprecedented.”  Arellano added, “Early release of Rita Crundwell would only reignite the rage and anger that our Dixon community has worked so hard to overcome.  She must serve her sentence.”

The City of Dixon has recovered approximately $40 million of the almost $54 million stolen by Crundwell.  The true amount lost by Dixon is much more than $14 million, primarily due to inflation and opportunity costs.  $40 million went a lot further to pay for roads and other projects 10 or 20 years ago. 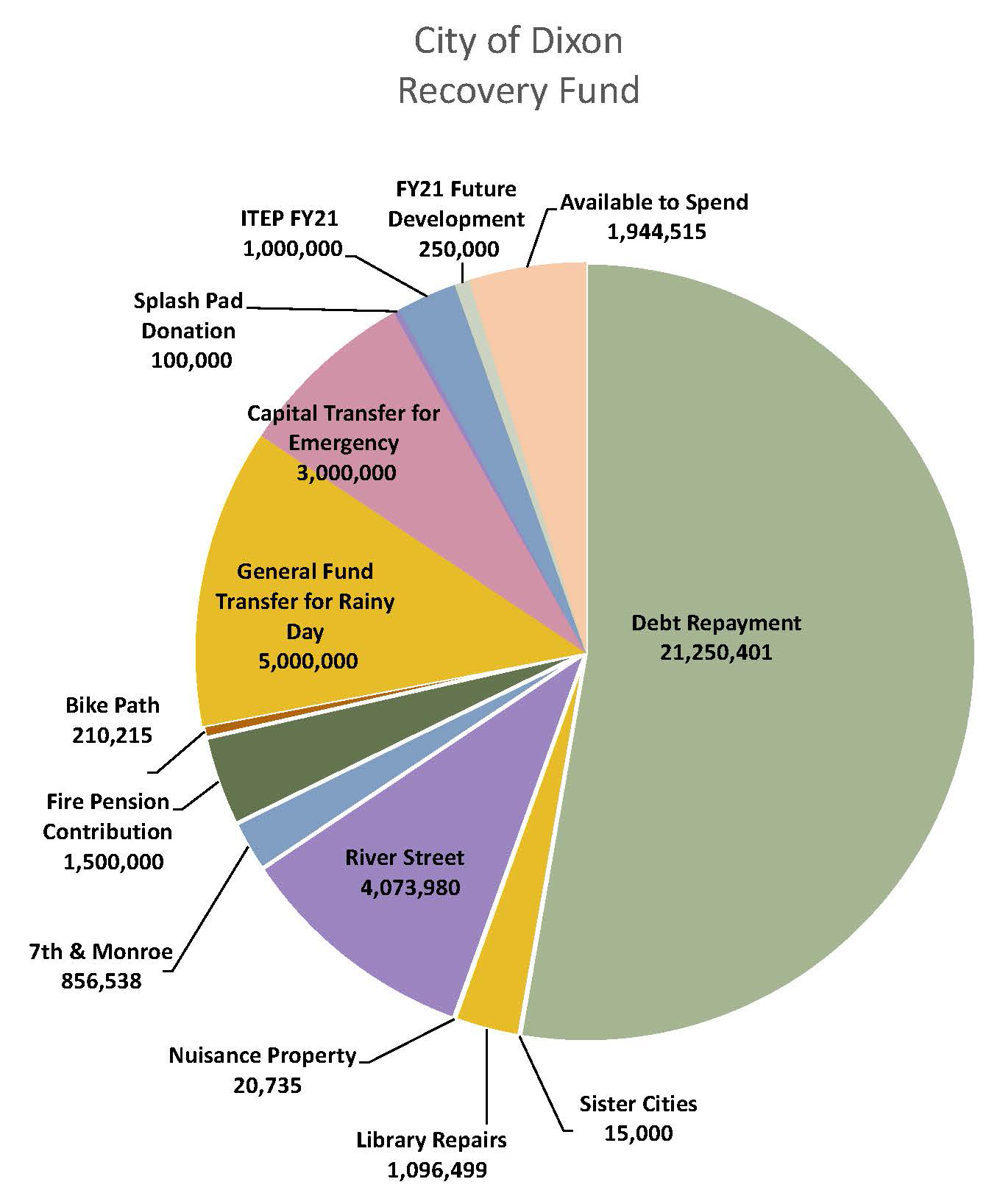