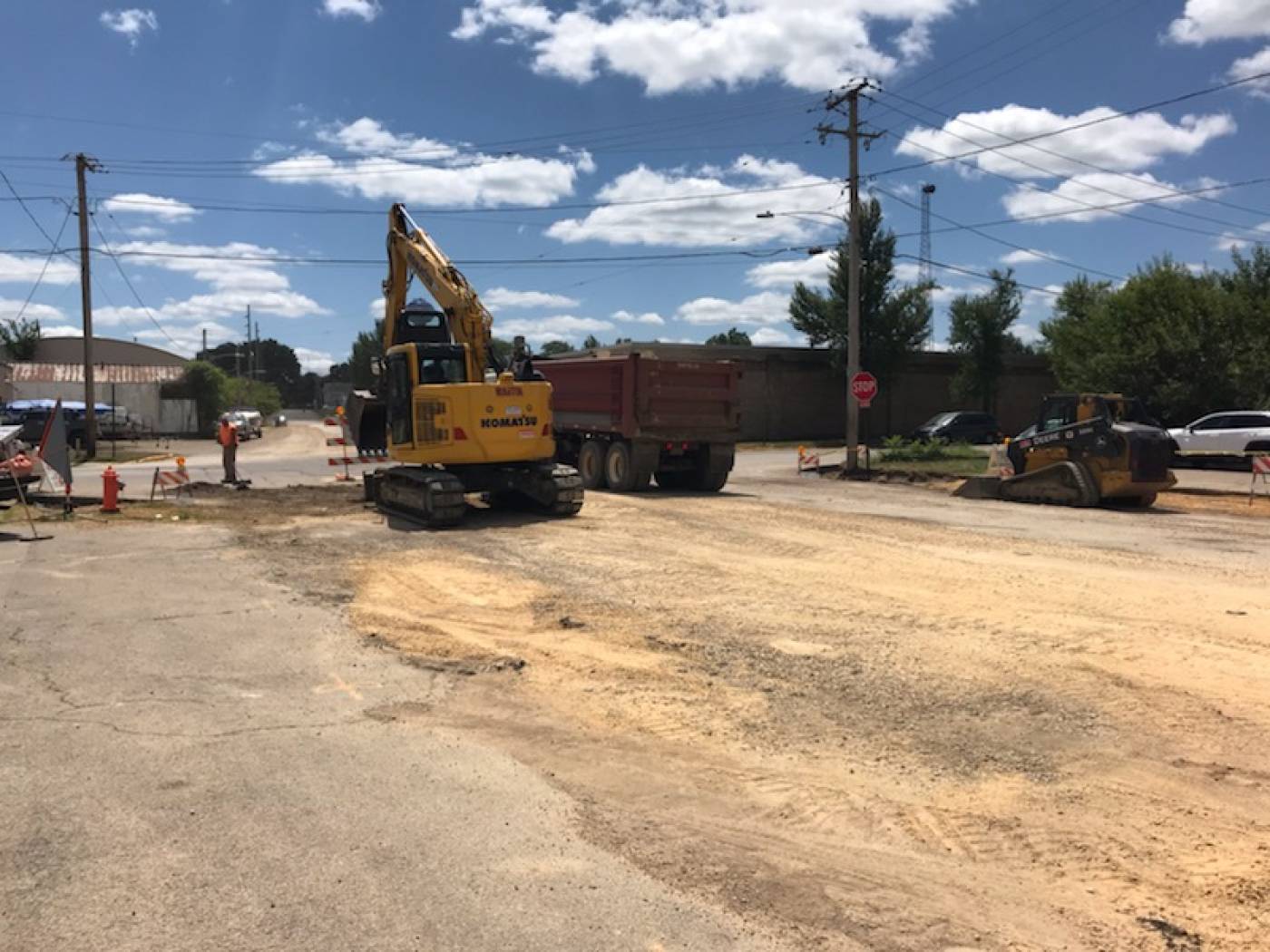 The City of Dixon was recently awarded $100,000 in funding from the Illinois Department of Commerce and Economic Opportunity to help fund improvements on Depot Avenue between West 7th Street and West 9th Street.  These funds will be used in conjunction with $1.4 million in local funding for improvements along Depot Avenue originating at 3rd Street and extending south down Depot to Nachusa Avenue, Woodlawn Street and College Avenue.

“This project will enhance access to the west side of town and act as a catalyst for continued business and residential growth.  Once completed, this will be a springboard for future projects and quality of life enhancements going forward.  We are very thankful to Senator Bivins for his support” said Public Works Director Matt Heckman.

The City crews are currently in the midst of replacing the existing cast iron water main in this area with 12” poly-wrapped ductile iron pipe.  Additional underground improvements are also being made to the stormwater system.  The underground phase of construction will be completed in the next few weeks.  City Manager Danny Langloss said, “This project is a significant investment into the West End and the revitalization of the Dement Town business district.  This project also ties into the ITEP grant, which will extend the bike path from Heritage Crossing west through Viaduct Point and then south down the old railroad tracks to Dement Town.  The connection to the downtown will be a great quality of life improvement for residents in this area of town.”  The City previously won the $2.2 Million ITEP grant that will create more than 1.5 miles of additional ADA compliant bike path.

Construction on the new pathways will begin after the environmental issues in the DIMCO property are resolved to Illinois EPA standards.  The United States EPA has just begun their second week of environmental cleanup work.  Once their work is complete, the City will work with the Illinois EPA and Fehr Graham to determine the next steps to get a clean bill of health for the property.

Mayor Arellano said, “We are excited to see the positive steps being taken to revamp the West End and connect this business district to the downtown business district.  Dixon is absolutely committed to improving our streets and transportation system, and I am very appreciative of the support of Senator Bivins and local legislatures.”

All work on the Depot Avenue Project is scheduled to be completed in early November.

More in this category: « Press Release Remediation Begins on the DIMCO Property Dixon Police Seek Public's Assistance Regarding Shooting »
back to top